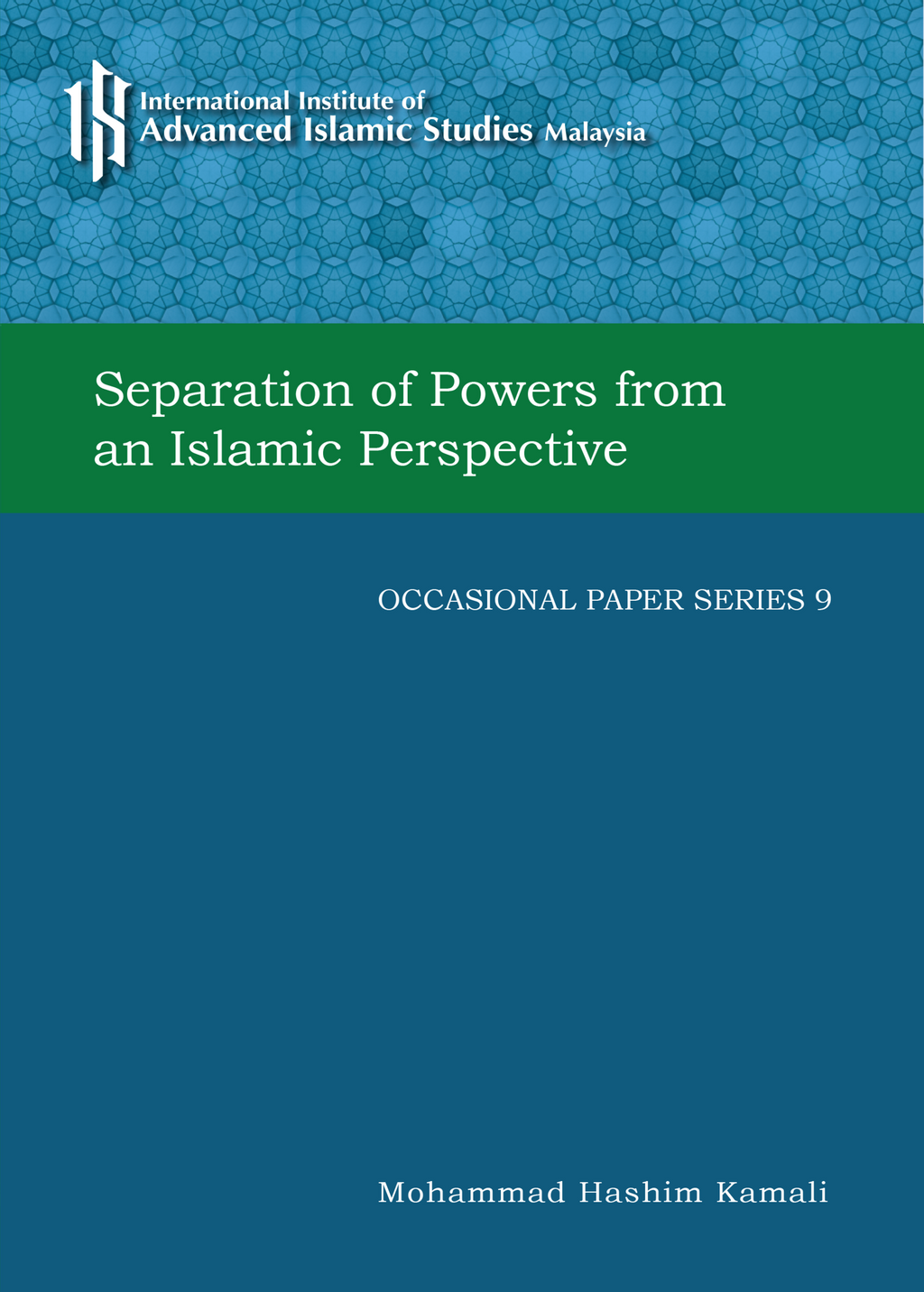 OPS 9: Separation of Powers From An Islamic Perspective

Separation of powers is an important instrument of checks and balances in a democratic government. It takes its origin in the basic rationale that concentration of power in a single person or organisation is prone to corruption and that absolute power corrupts absolutely. Separation of powers is a western constitutional law doctrine, but which also resonates well with many of the Islamic principles of government. Islamic law is firm on the independence of judges, and its commitment also to accountability and the rule of law. All the three organs of state have their recognised roles and functions free of interference of one another, although this has not been a reality under dynastic regimes of the Abbasids and Ottomans  for  a long time. This volume traces the history of ideas and institutions and expounds the fuller narrative of separation of powers in an Islamic polity. It also makes recommendations on how separation of powers   can be strengthened and given greater prominence in the present-day Muslim countries and governments.