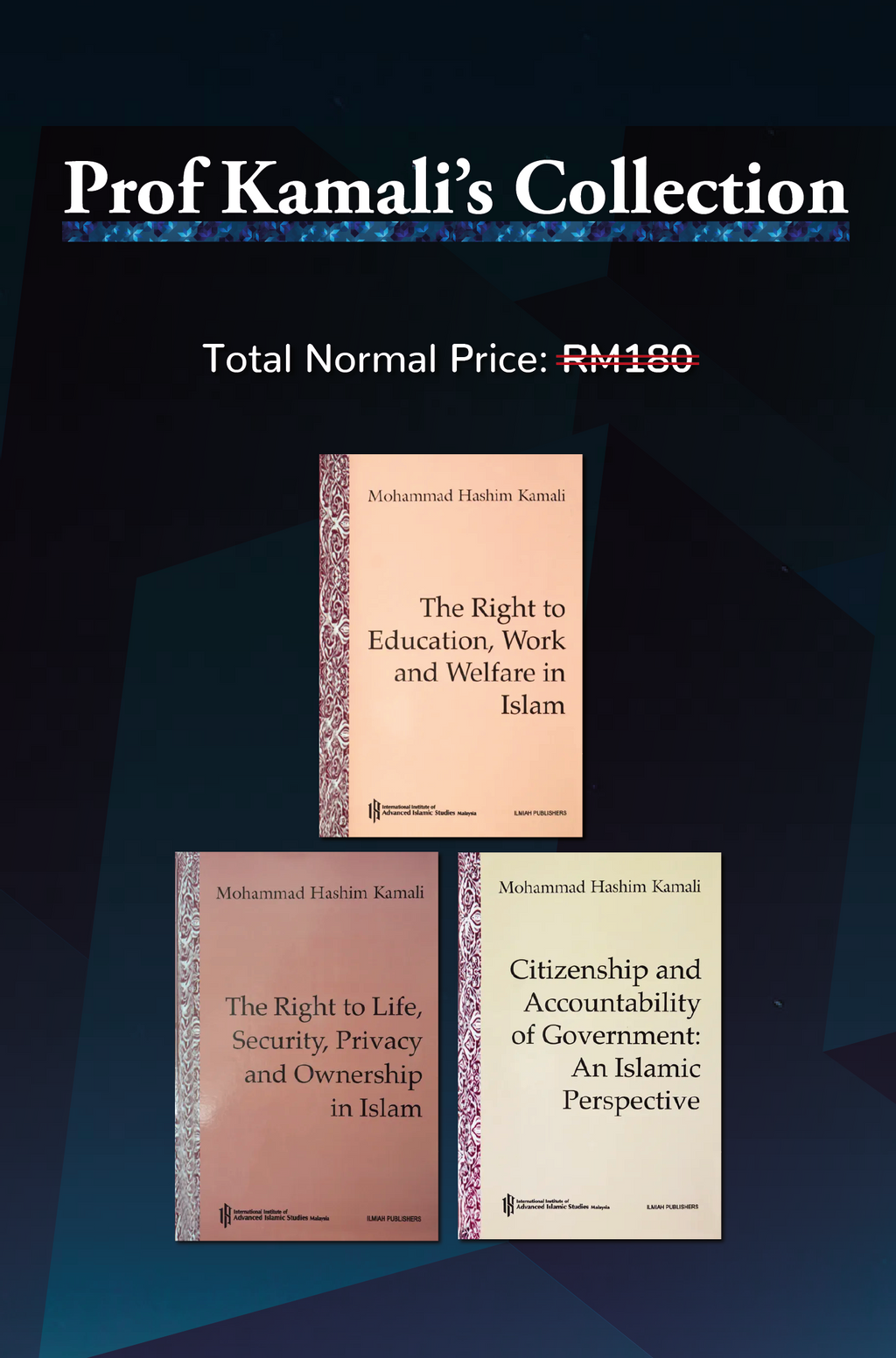 The Right to Life, Security, Privacy and Ownership in Islam

In The Right to Education, Work and Welfare in Islam Professor M.H. Kamali develops an Islamic perspective on three connected and complementary areas of rights and liberties. He argues that education is often a necessary ingredient of professional work even more so now than in earlier times when the range and variety of specialised knowledge were relatively limited. A person who acquires education, whether generally or at advanced levels of specialisation, is more likely to stand in a better position to enter the workforce and thus to contribute to the welfare of the community.

Citizenship and Accountability of Government: An Islamic Perspective

The concepts of citizenship and the accountability of government have never been discussed as separate topics in Islamic Jurisprudence. In Citizenship and Accountability of Government: An Islamic Perspective, Prof. M.H. Kamali brings together these two subjects, traces their origins in the Qur’an, the Sunnah of the Prophet and the practice of the first four caliphs; follows their integration under different branches and discussions of the rights and obligations of Muslims in Islamic law; and finally, advances possible applications for each subject to modern Muslim states and to the position of Muslims living in non-Muslim countries.

The Right to Education, Work and Welfare in Islam

A person’s right to life, personal security, privacy, and ownership are the most basic of all the fundamental rights and liberties and are of concern to all legal systems and traditions. To address them side by side with one another, as is attempted in the present volume, is reflective of their natural priority and significance. These rights are simultaneously the most vulnerable to aggression and abuse.