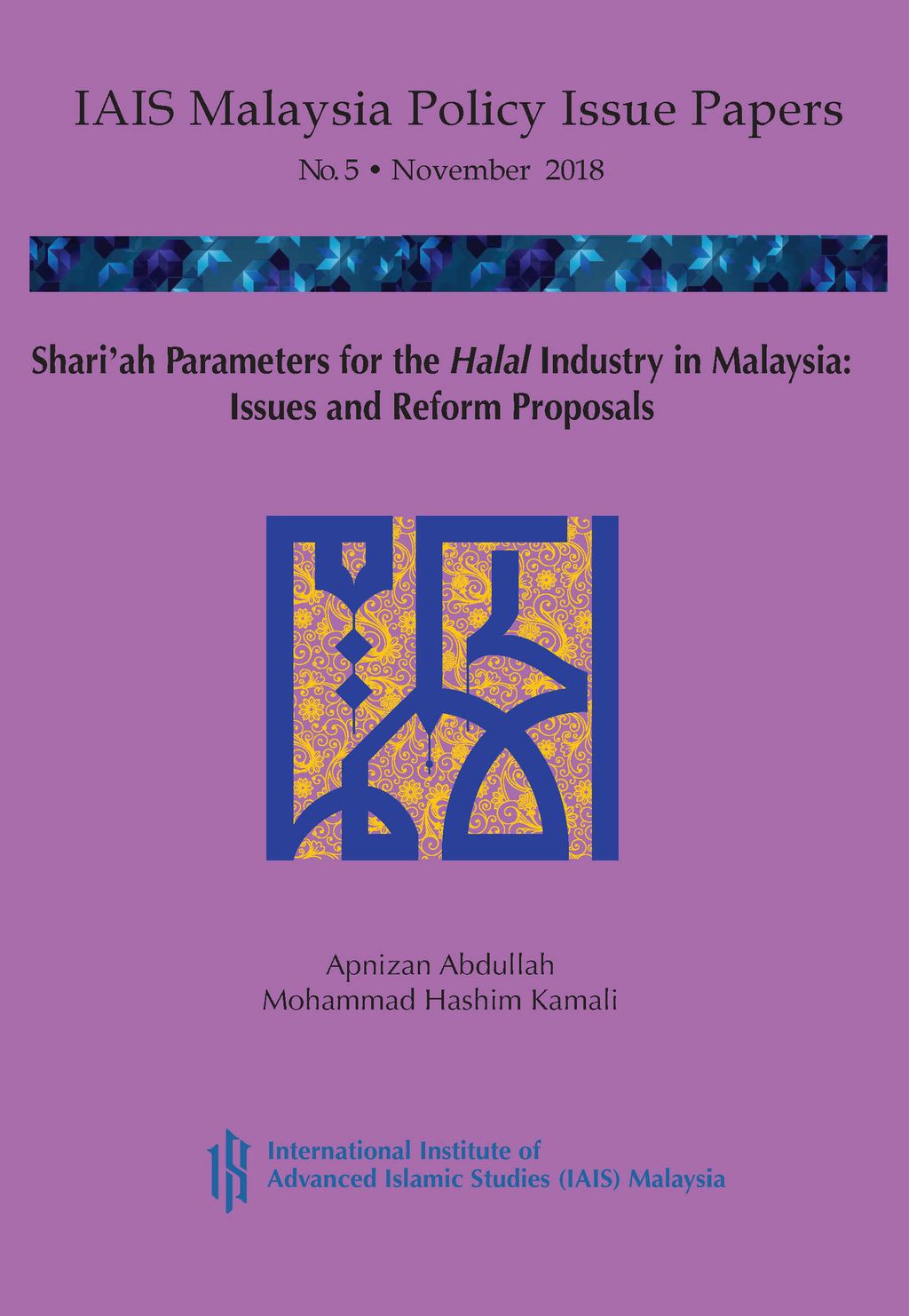 PIP 5: Shari'ah Parameters for the Halal Industry in Malaysia: Issues and Reform Proposals

The Malaysian halal sector exports were planned to reach a total of RM43.4 billion in 2017 witnessing a rise of RM1.2 billion from the previous year. This figure indicates a growing interest in the halal products and services since more countries have started recognising the commercial potential of halal in the global market. This industry has not only attracted Muslim majority countries but also non-Muslim countries that are active producers of halal products. Realising the promising growth of the halal industry, the Malaysian government aspires to position the country as the global hub for halal products and services.  Malaysia has proven its success story in placing itself as hub for the Islamic banking and finance.  Thus the agenda to be the global halal hub could also become a reality in the near future.

Halal industry in Malaysia is on the whole governed by a piecemeal legislations.  A number of government entities and agencies are also mandated to cater for different halal related portfolios.  For instance, the Ministry of Domestic Trades, Cooperatives and Consumerism is empowered to regulate halal trading practices, the Department of Islamic Development of Malaysia (JAKIM) and the Islamic Religious Council of the various states (MAINs) manage halal certification matters, whereby the Halal Development Corporation (HDC) deals with the internalisation aspect of halal products and services.  The Department of Standards, Malaysia (DOSM) is also authorised to issue standards related the halal industry.  These entities are also supported by other federal and states government agencies such as the National Pharmaceutical Control Bureau and the Food Quality Control Division of the Ministry of Health, Department of Veterinary Services, Ministry of International Trade and Industry (MITI), SIRIM Berhad, and Malaysian Agricultural Research and Development Institute (MARDI) and many more.

Standardisation of the halal trade practices is crucial in promoting streamlined supervision and monitoring regime for the industry. On that premise, necessary standards and procedures have been duly issued by the relevant bodies, essentially the DOSM and JAKIM.  As at present, the DOSM has published sixteen standards concerning halal products and services which cover the applied aspects of halal principles in Shari’ah, handling, storage and transportation of halal products, halal management systems for retailing and consumer goods, halal pharmaceuticals, halal cosmetics, potable water, hospitality, halalan-tayyiban, halal packaging and detection of porcine DNA in halal food products. These standards are also due to be read with other relevant regulations, manuals or directives promulgated by relevant authorities.

As far as the halal certification in concerned, two major documents need to be consulted, namely the Manual Procedure for Malaysia Halal Certification (Third Revision) 2014 (the Halal Manual) and the Halal Assurance System 2011 (HAS 2011). The government of Malaysia has evidently undertaken efforts to streamline the halal trade practices via the issuance of these documents.

However, close analysis of the above mentioned documents, namely the halal related standards, the Halal Manual and HAS 2011 indicate that they contain legal, Shari’ah and operational requirements without clear segregation of their nature and value. This scenario invites confusion among the halal industry players and laymen in understanding Shari’ah requirements related to halal.

Shari’ah principles and values occur in different varieties, such as the wajib (obligatory), haram (prohibited) and mubah (permissible) which also carry two other features viz, mandub (recommended) and makruh (reprehensible). Since halal players consist of both muslims and non-Muslims who may be well-conversed or non-conversant with the Shari’ah, such a big mixture of provisions tend to impede their ability to understand the relevant Shari’ah principles.  This presentation aims at highlighting these issues to the relevant stakeholders and recommend solutions for the issues raised.