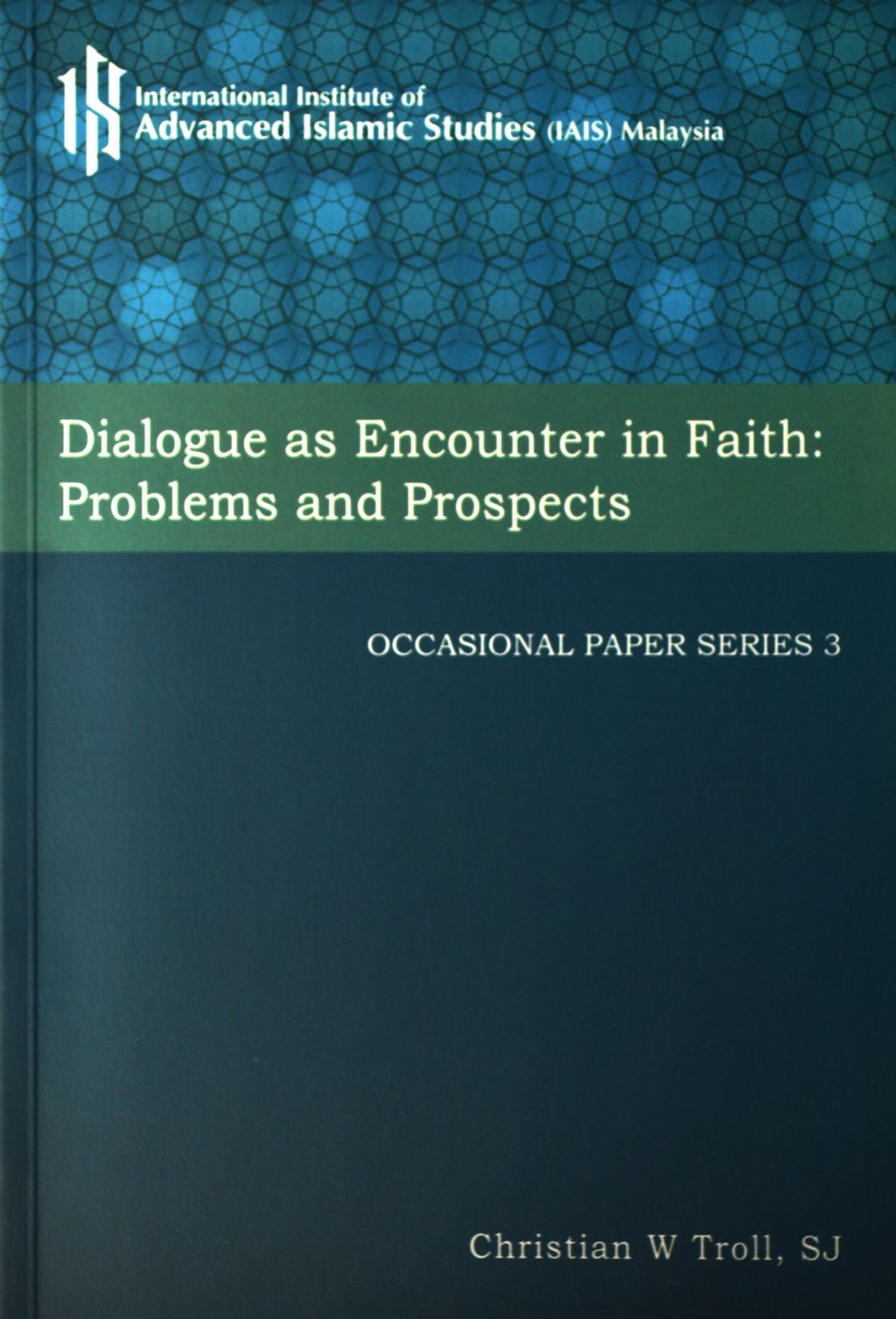 OPS 3: Dialogue as Encounter in Faith: Problems and Prospects

Professor Dr Christian W Troll SJ, one of Germany’s leading scholars on Christian-Muslim relations, is Honorary Professor of the Philosophical-Theological University of Sankt Georgen in Frankfurt am Main.  From 1993-2005, he was a member of the sub-commission for Catholic-Muslim relations, which is part of the Pontifical Council for Inter-Religious Dialogue (PCID).  Since 1999, he has been a member of the German Bishops Conference’s sub-commission for inter-religious dialogue.  His latest book is entitled Dialogue and Difference. Clarity in Christian Muslim Relations (Maryknoll NY: Orbis, 2009).

Professor Troll presents two essays on contemporary interfaith issues.  The first piece, Dialogue as Encounter in Faith: Problems and Prospects, tries to make out what elements are shared by Christianity and Islam and where they differ from each other.  Troll argues that in order to enter into a meaningful dialogue it would be necessary to mark out and understand differences not only in theology but also in worldview.  The second piece, Aspects of Contemporary Christian-Muslim Relations: Lessons from Germany, addresses practical issues of this dialogue.